Boys and Girls Clubs of Canada is part of a global affiliation of Boys and Girls Clubs. The first established Boys Clubs originated in the eastern United States in the late 1860s. At the same time, a similar movement was beginning in Great Britain. The first recognized use of the name “Boys’ Club” was in New Haven, Connecticut, and was used to identify a reading room and coffee shop.

Boys and Girls Clubs of Canada’s proud heritage of service to young Canadians has its roots in Saint John, New Brunswick, where in 1900 a group of concerned local citizens set up a “public playground movement” to provide a safe place to play for children – particularly boys – from disadvantaged circumstances, with no place to go after school but the streets. The “Every Day Club”, originally established as a winter location for the Playground Association, later became known as the East End Boys’ Club. The East End Boys Club of Saint John resulted from this initiative, becoming the first “Boys Club” in Canada. The Club’s original mission was “to give youth a chance to have some recreation and to see beyond the confines of their immediate situation.”

Since those days, “Boys Clubs” have become “Boys and Girls” Clubs and have spread across the country, as a result of grassroots initiatives similar to the one in Saint John. The national organization was established in 1929 by Vernon McAdam, the first National Executive Director, and in 1948 received its official charter as a national, non-profit organization from parliament as the Boys’ Clubs of Canada. In 1974, the name changed to the Boys and Girls Clubs of Canada to reflect the fact that services were also accessible to a growing number of young girls who had been participating in club programs for many years. In 2021, the named changed to BGC removing gender from our name modernizes the BGC brand and echoes the inclusive practices we are known for, without straying too far from our history and brand awareness.

Throughout the over one hundred year history, BGC in Canada have provided safe, caring environments and stimulating programs. These programs have enabled some 3 million young Canadians to play, learn, and develop skills to help them achieve their full potential as contributing adults, citizens, and leaders.

In 1959, the Niagara Falls Optimist Club recognized the need for a large centre exclusively concerned with children’s social development and recreational programming, where there were “no limitations of time, space or prohibitive membership fees.”  Clive Jacklin, Optimist Club president, turned the first sod on the site at 6681 Culp Street, Niagara Falls, in the spring of 1959. Optimist Ray S. Griffin, a professional engineer and superintendent of Ontario Hydro’s Sir Adam Beck Power Station, drew building plans and the Boys Club of Greater Niagara opened its doors on August 29, 1960.  Within a month over 400 youth had registered, and by the time Ontario Lieutenant-Governor T. Keiller MacKay officially opened the club on November 8, 1960, there were 1700 members.

In the early 70’s additions and alterations to the structure were undertaken to accommodate the growing number of child and youth members.  By 1976, the Boys Club of Greater Niagara became the “Boys and Girls Club of Niagara”.

In 2003, the Boys & Girls Club of Niagara recognized the gaps in services for children and youth throughout the Regional Municipality of Niagara and as such undertook a strategic development plan to expand programs and services throughout the region. This resulted in the opening of an Emergency Youth Shelter in 2003, and the establishment of Clubs in St. Catharines at the Queen Elizabeth Centre in 2008 and in Fort Erie in 2009.  During the same time, the Boys & Girls Club of Niagara expanded programs and services to communities through the region including Welland, Pelham, Port Colborne/Wainfleet, Thorold, and Niagara-on-the-Lake.

In 2021, the Boys and Girls Club of Niagara became BGC Niagara. Boys and Girls always reflected an age group where now programs and services are well beyond those boundaries. In addition, removing gender from our name modernizes the BGC brand and echoes the inclusive practices we are known for, without straying too far from our history and brand awareness.

Today, the BGC Niagara provides vital programs and services to over 7,000 vulnerable children and youth in 14 locations serving 8 municipalities each year across the Region.  And while much has changed in the last one hundred years, the message and mission of the BGC have largely remained the same: to provide a safe, supportive place where children and youth can experience new opportunities, overcome barriers, build positive relationships, develop confidence, gain skills, and experience success so they can reach their full potential. 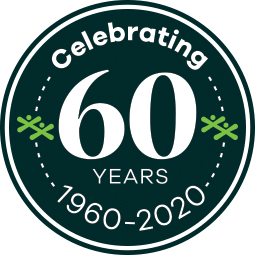